The opponent I played in this game was incredibly aggressive but reckless. As you can see in the from the position Black had some threats, Rxg2+, Qxd4+ and had every piece but the Rook on a8 ready to jump into the attack. The thing that cost Black the game was tunnel vision on the g pawn, they captured h3 prematurely without checking the possible responses to it. Had I not had the option of Qh5+ from mate in one, Black would be in a very good position. Staying more conservative and preparing a proper attack would have given me a much harder time, namely getting the Queen developed and centralized, castling long using the open f and g files for Rooks and the g1-a7 diagonal for the dark squared Bishop, instead Black was impatient and made a game ending blunder. 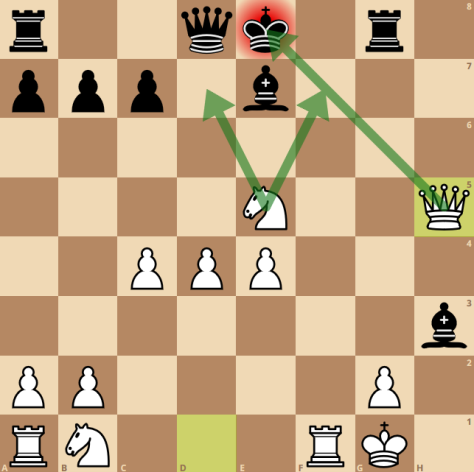