I’ve never been a modern style player, I prefer a solid and classical approach to my games. I do enjoy playing against a modern opening as I think it is a good clash of styles right from the start.  The appeal to the modern style is the flexibility that comes with it since you don’t commit pawns to the center, instead the idea is to develop the supporting pieces before the center thrust after White has committed their center pawns. This game was a double fianchetto opening from Black.

In this position Black is pressuring the center and White does need to be cautious about specific moves. The most important idea is to finish developing and castle without over extending the center pawns. After developing on both sides we get a position where no clear action in the center has been taken until Black plays c5 which is a mistake. 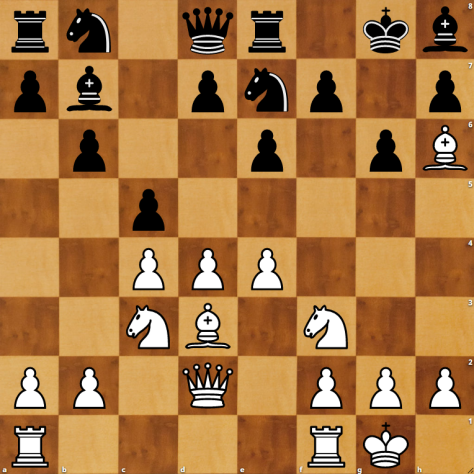 Generally Black wants to attack the center directly with the d pawn. Instead of c5 d5 was a better option but better than both would have been d6 followed by Nd7 getting all the pieces in the game. What happens because Black has played c5 is it allows me to play d5 gaining space and shutting the light squared bishop out of the game. Another note is Black didn’t accept the trade of dark square bishops and instead opted for Bh8. Keeping the bishop on has locked his King to the g8 square and will become a liability later.

The rest of the game becomes a good example of a modern gone wrong where Black has no center and the light squared bishop contributed nothing to the game because of the wrong pawn thrust.

Full Game and Analysis on Lichess